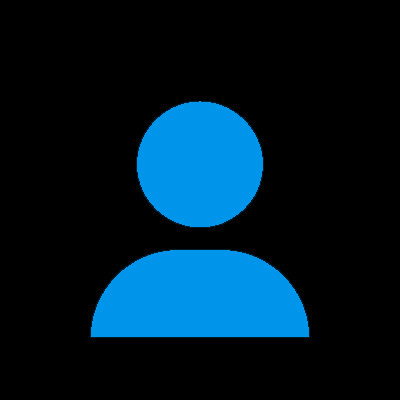 I’m an associate research scholar at Princeton University, where I work in NOAA’s Geophysical Fluid Dynamics Laboratory as part of the Cooperative Institute for Modeling the Earth System. My research focuses on influences of climate on estuaries and regional oceans, from over very short time scales (can we predict water temperature, salinity, and dissolved oxygen over the next month from subseasonal atmospheric model forecasts?) to much longer time scales (how will climate change in this century change dissolved oxygen, salinity, and estuarine circulation?). To do so, I employ both numerical modeling (using ROMS and FVCOM, and recently using MOM6) and statistical models and machine learning.

Most present forecast systems for estuaries predict conditions for only a few days into the future. However, there are many reasons to expect that skillful estuarine forecasts are possible for longer time periods, including increasingly skillful extended atmospheric forecasts, the potential for lasting impacts of atmospheric forcing on estuarine conditions, and the predictability of tidal cycles. In this study, we test whether skillful estuarine forecasts are possible for up to 35 days into the future by combining an estuarine model of Chesapeake Bay with 35‐day atmospheric forecasts from an operational weather model. When compared with both a hindcast simulation from the same estuarine model and with observations, the estuarine forecasts for surface water temperature are skillful up to about 2 weeks into the future, and the forecasts for bottom temperature, surface and bottom salinity, and density stratification are skillful for all or the majority of the forecast period. Bottom oxygen forecasts are skillful when compared to the model hindcast, but not when compared with observations. We also find that skill for all variables in the estuary can be improved by taking the mean of multiple estuarine forecasts driven by an ensemble of atmospheric forecasts. Finally, we examine the forecasts in detail using two case studies of extreme events, and we discuss opportunities for improving the forecast skill.
Andrew C Ross, Charles A Stock, Keith W Dixon, Marjorie A M Friedrichs, Raleigh R Hood, Ming Li, Kathleen Pegion, Vincent Saba, Gabriel A. Vecchi
Earth and Space Science, 2020
PDF

Numerical models are often used to simulate estuarine physics and water quality under scenarios of future climate conditions. However, representing the wide range of uncertainty about future climate often requires an infeasible number of computationally expensive model simulations. Here, we develop and test a computationally inexpensive statistical model, or metamodel, as a surrogate for numerical model simulations. We show that a metamodel fit using only 12 numerical model simulations of Chesapeake Bay can accurately predict the early summer mean salinity, stratification, and circulation simulated by the numerical model given the input sea level, winter–spring streamflow, and tidal amplitude along the shelf. We then use this metamodel to simulate summer salinity and circulation under sampled probability distributions of projected future mean sea level, streamflow, and tidal amplitudes. The simulations from the metamodel show that future salinity, stratification, and circulation are all likely to be higher than present-day averages. We also use the metamodel to quantify how uncertainty about the model inputs transfers to uncertainty in the output and find that the model projections of salinity and stratification are highly sensitive to uncertainty about future tidal amplitudes along the shelf. This study shows that metamodels are a promising approach for robustly estimating the impacts of future climate change on estuaries.
Andrew C Ross, Raymond G Najjar, Ming Li
Estuaries and Coasts, 2020
PDF

Subseasonal to seasonal forecasts have the potential to be a useful tool for managing estuarine fisheries and water quality, and with increasing skill at forecasting conditions at these time scales in the atmosphere and open ocean, skillful forecasts of estuarine salinity, temperature, and biogeochemistry may be possible. In this study, we use a machine learning model to assess the predictability of column minimum dissolved oxygen in Chesapeake Bay at a monthly time scale. Compared to previous models for dissolved oxygen and hypoxia, our model has the advantages of resolving spatial variability and fitting more flexible relationships between dissolved oxygen and the predictor variables. Using a concise set of predictors with established relationships with dissolved oxygen, we find that dissolved oxygen in a given month can be skillfully predicted with knowledge of stratification and mean temperature during the same month. Furthermore, the predictions generated by the model are consistent with expectations from prior knowledge and basic physics. The model reveals that accurate knowledge or skillful forecasts of the vertical density gradient is the key to successful prediction of dissolved oxygen, and prediction skill disappears if stratification is only known at the beginning of the forecast. The lost skill cannot be recovered by replacing stratification as a predictor with variables that have a lagged correlation with stratification (such as river discharge); however, skill is obtainable in many cases if stratification can be forecast with an error of less than about 1 kg m−3. Thus, future research on hypoxia forecasting should focus on understanding and forecasting variations in stratification over subseasonal time scales (between about two weeks and two months).
Andrew C Ross, Charles A Stock
Estuarine, Coastal and Shelf Science, 2019
PDF

Secular tidal trends are present in many tide gauge records, but their causes are often unclear. This study examines trends in tides over the last century in the Chesapeake and Delaware Bays. Statistical models show negative M2 amplitude trends at the mouths of both bays, while some upstream locations have insignificant or positive trends. To determine whether sea level rise is responsible for these trends, we include a term for mean sea level in the statistical models and compare the results with predictions from numerical and analytical models. The observed and predicted sensitivities of M2 amplitude and phase to mean sea level are similar, although the numerical model amplitude is less sensitive to sea level. The sensitivity occurs as a result of strengthening and shifting of the amphidromic system in the Chesapeake Bay and decreasing frictional effects and increasing convergence in the Delaware Bay. After accounting for the effect of sea level, significant negative background M2 and S2 amplitude trends are present; these trends may be related to other factors such as dredging, tide gauge errors, or river discharge. Projected changes in tidal amplitudes due to sea level rise over the 21st century are substantial in some areas, but depend significantly on modeling assumptions.
Andrew C Ross, Raymond G Najjar, Ming Li, Serena Blyth Lee, Fan Zhang, Wei Liu
Journal of Geophysical Research: Oceans, 2017
PDF

Most present forecast systems for estuaries predict conditions for only a few days into the future. However, there are many reasons to …
Andrew C Ross, Charles A Stock, Keith W Dixon, Marjorie A M Friedrichs, Raleigh R Hood, Ming Li, Kathleen Pegion, Vincent Saba, Gabriel A. Vecchi
PDF

A challenge for climate impact studies is the selection of a limited number of climate model projections among the dozens that are …
Andrew C Ross, Raymond G. Najjar
PDF

Subseasonal to seasonal forecasts have the potential to be a useful tool for managing estuarine fisheries and water quality, and with …
Andrew C Ross, Charles A Stock
PDF

Impact of climate change and climate anomalies on hydrologic and biogeochemical processes in an agricultural catchment of the Chesapeake Bay watershed, USA